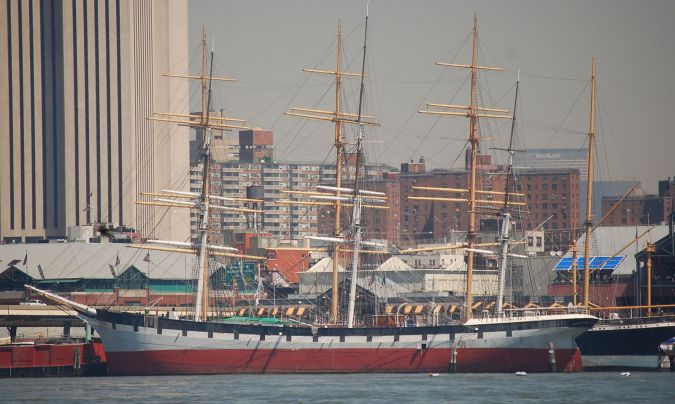 Wavertree was built at Southampton, England in 1885 for R.W. Leyland & Company of Liverpool, one of the last large sailing ships built of wrought iron. Today, she is the largest afloat. Wavertree was first employed to carry jute, used in making rope and burlap bags, between eastern India (now Bangladesh) and Scotland. When less then two years old she entered the tramp trades, taking cargoes anywhere in the world she could find them. After sailing for a quarter century, she limped into the Falkland Islands in December 1910, having been dismasted off Cape Horn. Rather then re-rigging her, her owners sold her for use as a floating warehouse at Punta Arenas, Chile. She was converted into a sand barge at Buenos Aires, Argentina in 1947, and acquired by the South Street Seaport Museum in 1968."