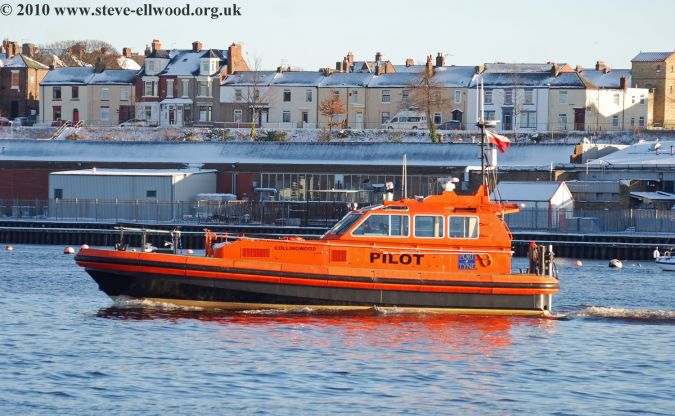 The Port of Tynes investment of over £750k means that the vessel has been designed with durability in mind, the hull, deck and superstructure are fabricated throughout using marine grade aluminium alloy, the central helm position is arranged with all controls, instrumentation and navcomms ergonomically close to hand. The coxswain and boatman both enjoy suspension seats, three of which are also fitted for pilots. Aft are settees fitted with three seats to starboard and four to port, all fitted with lap belts. Collingwood is also fitted with radar, satellite compass, GPS sensor, AIS (automated identification system) a digital network echosounder and two sailor 5022 VHF DSC radios. Powered by Scania engines, the boat has a top speed at sea of 22 knots.