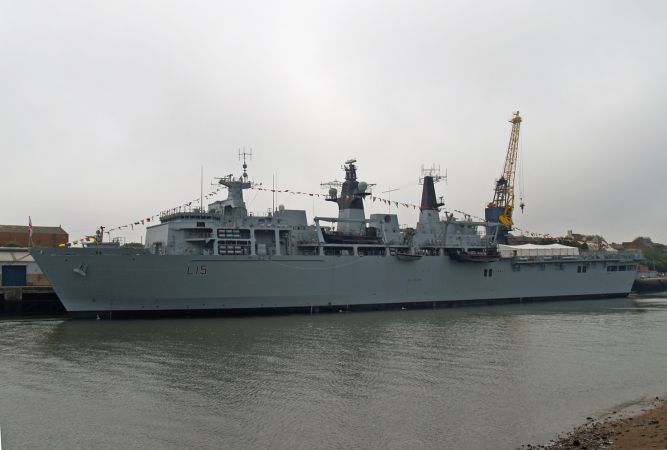 HMS Bulwark - L15 seen here at Corporation Quay, Sunderland (North East England) on 3rd June 2007 whilst making a courtesy visit. Photographed from the North side of the River Wear.